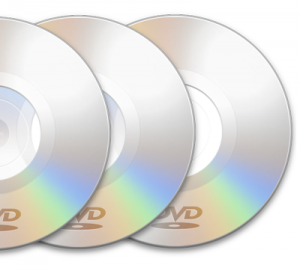 Freethought Alliance has one of the largest collection of secular DVDs in the U.S.

To order any of the following DVDs, go to the Backyard Skeptics DVD site here.

The Religion Virus, authored by Craig A. James.  Taped at a Backyard Skeptics lecture. The Religion Virus will take you on a fascinating tour of the peculiar history of religion, from the first animist religions to modern Christianity, Judaism and Islam. Explore thememe as a unit of “idea evolution.” Discover why religion is the result of ten thousand years of “survival of the fittest” of competing ideas. Learn how meme evolution favors the most infectious ideas, the things people want to believe, with little regard to whether those ideas are true or false.

Adrian Novotny, Ph.D. Magic, Witchcraft, and Religion: An Anthropological Survey of the Supernatural World.  In this presentation, magic, witchcraft, and religion was defined, compared, and contrasted. We  surved the evolution of human spirituality from its earliest manifestations to the present and beyond. How is it that some form of supernatural beliefs and behaviors constitute a cultural universal, that is, spirituality seems to be a significant component of all human cultures throughout time and space

Vincent Bugliosi  – Divinity of Doubt: An Agnostic’s Challenge Taped at Atheists United in Los Angeles, CA.  It’s well-known about the popularity of religion, but in recent times, atheists such as Richard Dawkins and Sam Harris have taken center stage in criticizing religious belief and promoting atheist views. Now comes along a strong, provocative defense of agnosticism by Vincent Bugliosi, the L.A. County District Attorney turned author perhaps best known for prosecuting mass murderer Charles Manson and writing a book about the trial called Helter Skelter. In his new book, Divinity of Doubt: The God Question, Bugliosi will argue that agnosticism is the best position to take on the existence of God.

Thomas Quinn – “God Needs Therapy” $12 Taped at a Backyard Skeptics lecture.  You shall know the truth,  and the truth shall make you laugh.  There has never been an idea so ridiculous you couldn’t get somebody to believe it. Miracles, faith-healers, psychics, conspiracy theories, urban legends, aliens, cults, secret societies…you know the list. We love this stuff. It’s awesome! But at some point we need to get a grip and separate fact from fantasy—without putting everyone to sleep.

John Loftus “Why I Am An Atheist.” Taped at BYS  $12   Despite his seminary roots, John Loftus has come to conclude that Christianity cannot be reasonably defended on the basis of the available evidence. In this overview of his reasons for ultimately rejecting the Christian faith, Loftus considers a variety of sociological, philosophical, scientific, biblical, and historical facts, explaining why he is now an atheist and what it means for him to live life without God.

Sam Singleton – Partiachs and Penises Enjoy almost 3 hours of dark-sided humor as Sam spills out his wrath on the Bible. He is truly an atheists evangelist!   This special Backyard Skeptics event was taped with three cameras in March of 2011  $15

Hemant Mehta – How I Sold My Soul On EBAY $12.  Taped at Atheists United in Los Angeles, CA.  “Hemant Mehta, now perhaps best known for his popular blog, The Friendly Atheist, gained fame at a young age when he auctioned his “soul,” his offer to attend church services for an hour, and donated the money to the Secular Student Alliance. The event brought national attention, and his subsequent book, I Sold My Soul on eBay, sealed his fame.

Dr. Richard Carrier“How Christianity Began Is Proof Enough It’s Bunk” $12  Taped at a Backyard Skeptics lecture.  Dr. Richard Carrier discusses some of the essential features of how and when the Christian religion began and why it looks exactly like just another religious cult of its time and place, and not at all like the idea of a universal god.

Ayaan Hirsi Ali is a spokesperson for human rights and a proponent against female
mutilation in Muslim countries. Her riveting personal story is told with the help a local
journalist, Jill Stewart. $10

Dan Barker 2 DVD set – Jesus Myth or Fiction? AND Why I Became An
Atheist.  Tapes at Santiago College and UCI, CA

Nina Burleigh – Biblical Archaeology, the Limits of Science and the Borders of
Belief   CFI lecture  $12

Sean Carroll – The Origin of the Universe and the Arrow of Time.  Sean is an astrophysist.     CFI lecture $12

Joe Nickell – Relics of the Christ Joe Nickell, the only full-time paranormal
investigator, explores the Shroud of Turin and other artifacts associated with Jesus.  A
great lecture with many educational graphics.  Improve your critical thinking skills with
this DVD  $12

Chris Mooney – The War on Science: What Have We Learned? CFI lecture  $12

Darryl Ray – “The God Virus – How Religion Affects Our Lives and Culture.  Taped at UCI, CA  $12

Dave Richards – Exploring logical fallacies and how to identify them.  Also includes how not to be scammed through the internet.  Taped at a Backyard Skeptics lecture  $12

Eugenie Scott – Creationism, evolution, education, and politics.  Mrs. Scott is always a pleasure to listen to.  In this lecture she explains the fallacies of creationism and some major problems with their claims. Taped at Chapman University, CA  $12

John Shook – The God Theory is Dead. How Naturalism Has Driven Theology over the Edge. Dr Shook is one of the most influential secular leader of our time. His approach to this topic is easy to understand well described.  Taped in Los Angeles at CFI    $12